TRAPSTAR,LOGAN SAMA AND 1 XTRA HAVE COME TOGETHER TO CURATE A MIXTAPE THAT BRINGS TOGETHER THE OLD AND NEW SOUND OF GRIME WITH SOME OF THE ORIGINAL STARS AND THE BEST OF TODAYS MC’S

WHAT YOU GET IS 23 TRACKS OF FIRE!

TAKEN FROM HIS ALBUM PROJECT SICK INDIVIDUAL 3 OUT NOW HERE

SO THE BLOG WILL STILL BE OPEN BUT I MAY POST MORE INTERVIEWS AND ARTICLES THAN CONSTANT UPDATES ON VIDEOS, TRACKS ETC. 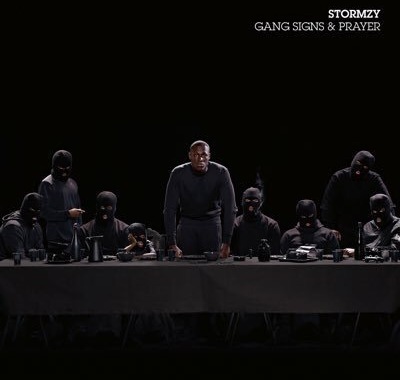 Capo founder of the Lord Of The Decks/Mics series, writer, and innovator has picked up his pen and decided to share his views with us. What a place to start but Stormzy’s iconic debut album.

Stormzy has been consistently doing stuff for a little while now, releasing a number of mixtapes which have all made their mark. Hearing that he was releasing an album had me slightly confused for a sec, because of his EP/freestyle repertoire he’s had me feeling like I’ve already heard a couple of his albums already.

Gang signs and prayer is a nicely balanced album, a debut that doesn’t feel like one. It almost feels too mature. This is just credit to Stormzy, he’s grown as an artist. Not only that, part of Stormzy’s charm is the fact that he’s comfortable in his own skin and it’s reflected nicely on the album. We know with the first single ‘Big for your boots’ and previous bangers like ‘Shut up’ and ‘Not that deep’ that Stormzy can hold it up wit the hype tracks but an album needs more. The interlude with Wretch 32 is one of my favourite tracks, 21 Gun Salute. Kinda wish the track was longer. Yet the poignant message still shines through. Same for tracks like Don’t cry for me, Lay me bare and 100 bags, all well penned verses. It’s so nice to hear a young voice telling the youts to “invest in life”. Shits refreshing!!!

On saying that my tune of the album is Mr Skeng🤣 What can I say shit does something to me differently. That’s the track man need to hear live.

Life’s an oxymoron and Stormzy beautifully portrays this with a very polished and I’d go as far as to say iconic debut.

All I can say is maaaaaaaaad!

THIS IS THE FIRST SINGLE FROM THE PROJECT AND SHOWS A CALMER AND MELLOW SIDE TO THE MC KNOWN FOR HIS FAST PACED AND BRASH DELIVERY.

DIRECTED BY MIKE SKINNER AND PRODUCED BY SWIFTABEATER

AFTER 9 MONTHS OF SILENCE STORMZY IS BACK GASSING UP THE SCENE FIRST WITH CRYPTIC BILLBOARDS THEN HE POPS UP ON MISTAJAMS BBC RADIO 1 SHOW AND THEN DROPS HIS VIDEO, ALBUM PREORDER LINK AND THE STREAMING/ PURCHASE LINKS FOR THE LEAD SINGLE BIG FOR YOUR BOOTS

BIG FOR YOU BOOTS IS PRODUCED BY SPYRO AND FRASER T SMITH,  THE VIDEO IS DIRECTED BY  DAPS AND FEATURES FEMALE GRIME POWERHOUSES! WITH NO BOOTY SHAKES OR ANY MISOGYNISTIC REFERENCES IN SIGHT [BIG UP STORMZY]

WILEY HAS KICK STARTED 2017 WITH NOT JUST HIS ALBUM AND SEVERAL FESTIVAL DATES AND TOUR SELLING OUT, HE’S NOW BEEN AWARDED AN OUTSTANDING CONTRIBUTION TO MUSIC AWARD BY THE NME AWARDS

NICO LINDSAY AND CHRIS THE CAPO SIT DOWN FOR A DEEP CHAT ABOUT THE MUSIC, FAMILY AND BEING MADE INTO A MEME BY FRANKIE BOYLE, PLUS GETTING HEARD OVERSEAS, PRODUCTION AND LOTS MORE.

THIS ABSOLUTE BANGER IS BROUGHT TO YOU BY EB RECORDS

DANNY IS DEFINITELY ONE TO WATCH AND STOGEY WITH TWO BIG BANGERS UNDER HIS BELT ALREADY IN 2017  LOOKS LIKE  HE’S A FORCE TO BE RECKONED WITH!

SLEWDEM MAFIA CREW MEMBERS RAGE AND KRAZE ARE  BACK AGAIN WITH A VIDEO TO FOLLOW UP THEIR LAST TRACK NOTHING LIKE YOURS  WITH FELLOW SLEWDEM MAFIA MEMBER CLIPSON.

THE WHOLE TONE OF THIS EP IS COLD, THE LYRICS, THE INSTRUMENTALS.

THIS 5 TRACK EP PROJECT BETWEEN MASSAPPEALS AND KAMAKAZE IS WELL PUT TOGETHER AND A SICK LISTEN.

THIS TRACK HAD MY HEAD BOPPING AND I WAS  SINGING ALONG WITH THE HOOK AT FIRST LISTEN SO I DON’T KNOW WHAT ELSE YOU COULD ASK FOR IN A TRACK TO BE HONEST!

I’M FEELING TUCKZ’ DELIVERY TOO AND THE FEATURES BY DEECEE AND EZRO WORK WELL TOO.

THE SINGLE IS AVAILABLE TO BUY HERE

I LOVE A GOOD VIDEO AND THIS IS STYLISH AS F@CK!

GEN IS A SERIOUSLY TALENTED MC WHO IM SURE WILL BE ONE WE ARE TALKING ABOUT FOR A LONG TIME.

THIS IS A HARD HITTING SINGLE WITH AGGRESSIVE LYRICS WITH A MATURE DELIVERY.

DANGER IS BOTH WRITTEN AND PRODUCED BY  JAMMZ AND IS TAKEN FROM HIS WARRIOR PROJECT. WARRIOR IS ONE OF THOSE PROJECTS THAT JUST SHOWS HOW MUCH OF A THREAT THIS MC IS TO THE SCENE.

JAMMZ IS AN ARTIST IN HIS OWN LANE, MUCH LIKE THE GODFATHER HIMSELF.

THIS  VIDEO IS ALSO A JOINT DIRECTION PROJECT BETWEEN HIMSELF AND RISKY ROADS. AVAILABLE TO BUY DIGITALLY HERE AND BUY THE WARRIOR VINLY HERE

THIS IS STOGEY’S DEBUT SINGLE. THE EASTBOURNE MC IS NOW SIGNED TO EBR RECORDS HEADED BY THE EAST LONDON VETEREN D POWER.

STOGEY’S GRIMEY DEBUT IS FULL OF LYRICAL FLOWS AND BIG BARS BOUND TO APPEAL TO BOTH MALE AND FEMALE LISTENERS , BECAUSE LET’S BE HONEST EVERYONE LOVES A CLUB BANGER

JOINED BY SOME OF THE HOTTEST MC’S COMING THROUGH

GET LOCKED IN TO HEAR SOME BIG BEATS AD EVEN BIGGER BARS! 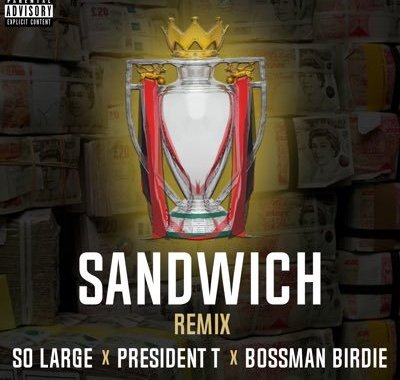 DJ ARGUE WAS BACK ON 1 XTRA DOING WHAT HE DOES BEST, SHOWCASING NEW AND FRESH TALENT!

HERE’S NEARLY 30 MINUTES OF FRESH GRIME FOR YA!

BACK TO THE FUTURE VOL.1 – BLACK STEVE

THIS IS BLACK STEVES DEBUT MIXTAPE, PART OF THE MAJOR MUZIK GROUP BLACK STEVE HAS LAID DOWN 9 ENERGETIC TRACKS WITH PRODUCTIONS FROM WESTY, LEWI B, AUDIO SLUGS AND MORE.

IM SURE 2017 WILL BE FULL OF BIGGER AND BETTER THINGS FOR BLACK STEVE AS HE BUILDS ON HIS MANY RADIO AND LIVE APPEARANCES. HOPEFULLY THIS YEAR WILL BRING MORE VISUALS FROM THIS UP COMING MC.

AVAILABLE AS A FREE DOWNLOAD FROM BANDCAMP AND SOUNDCLOUD

The World of the Grime Princess

Grime Culture at its best 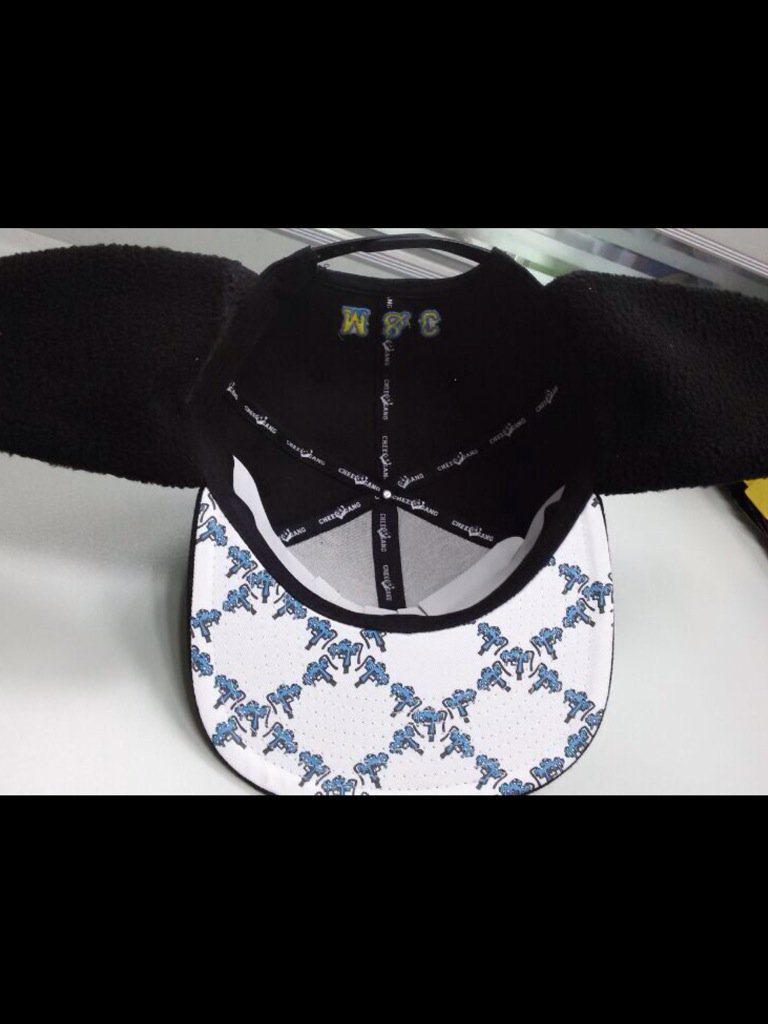 The World of the Grime Princess 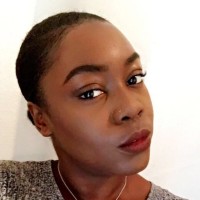 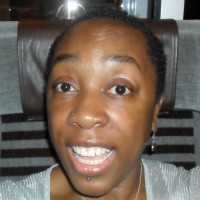 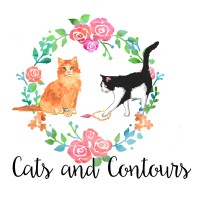 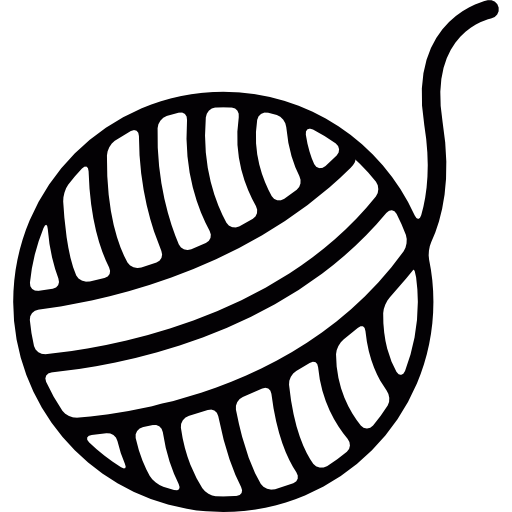 Life is for Living Creatively!

The goings on of a Joy and Joe wrap addict!

Single mother by choice. An unconventional journey to parenthood, accompanied by plenty of laughs

A yarn filled adventure through life

Connecting to Friends, Old and New, Through Recipes, Gardens, and Dinner Parties

On a journey to fitness, health and happiness!